We’ve all experienced it – that awkward moment when your colleague goes in for a hug. You see it coming like a bad slow motion sequence. You flinch. You attempt to appear welcoming of the gesture, but on the inside you’re screaming – too many feelings!

Okay, maybe you aren’t that anti-hug. Or maybe you’re the person giving out the free hugs and causing the discomfort!

No matter where you stand on the hug continuum (sheer fear of the hug all the way to standing on the street corner giving out “free hugs”), you need to be aware of the hugging culture at your office as to follow appropriate business etiquette.

Some people think hugging at work is completely inappropriate and awkward. Others people is it a great way to greet your colleagues. In an office setting, you will typically have a mixture of both with some people being completely indifferent to hugs (these are also the people who say “surprise me” when ordering a dessert).

Unless your workplace actually prohibits hugging between colleagues, you are left to your own devices when it comes to giving or accepting hugs at work.

In Part 1 of our Business Etiquette blog series, we’re giving suggestions for both huggers and non-huggers on how to handle this iffy office situation. 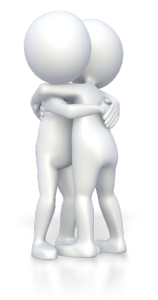 If you are a hugger, there are a few guidelines to keep in mind when using this greeting at the office:

When giving a hug to a co-worker, it’s important to make sure the gesture itself isn’t going to be inappropriate. Keep the hug sincere and quick; think “hug and release.” There should not be enough time for you to carry on a conversation while embracing someone at the office. Also make sure that you don’t start moving your fingers around or commenting on their scent- doing so can quickly make you seem like the office creeper.

Pick Up On Body Language

If you’re a hugger, you need to recognize and respect body language (and actual language). If your coworker offers a handshake or flat out says they don’t like hugs, don’t disregard them and pull them into a hug. If they act awkward, they feel awkward – so respect that and don’t do it again (or at all).

Don’t Be A Compulsive Hugger

Even for those of you who may be compulsive huggers, try and save co-worker hugs for special or extraordinary situations, as opposed to daily occurrences. Things like engagements or marriages, awards or promotions, retirements, or times of condolence news are worthy of a quick hug and supportive words.

Think Twice About Hugging Someone You Supervise

Generally, it isn’t a great idea for you to hug your subordinates and vice versa.  Your employees may not feel comfortable asking their boss to refrain from hugging them, so it’s recommended to avoid to this situation altogether.

Don’t Be The First To Hug

When it comes to clients and customers, hugging is okay if they initiate the hugging sequence. Keep it cordial and quick! 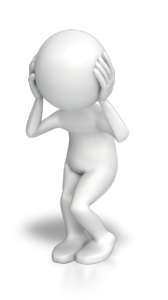 Even if the thought of hugging makes your skin crawl, you will still have to interact with huggers. (Yikes!) And huggers, you better listen up – here is how you should interact with these emotionally challenged individuals.

Let It Be Known

For those non-huggers that prefer to stop hugs before they start, make a point to inform co-workers of your stance from the beginning or from the first time the situation arises.

Clearly state your position on hugging at work and/or make sure to be the person that initiates a greetings gesture first. Outstretching your arm for a shake is a good way to prevent someone from embracing you without appearing cold or off-putting.

If you would prefer not to make the whole situation awkward, you could make a joke out of the situation. Say something like, “I know this makes me weird, but I don’t do hugs.” And then laugh at yourself.

Same goes for huggers – make it known that you are a hugger. Proclaim – “I just want to warn you, I have a tendency to hug people. Just give me a heads up if you don’t like that.” Don’t be ashamed of your hugging affiliation.

Some individuals are naturally uncomfortable when people invade their personal space and would be much happier with a stiff handshake. Not only can unwanted hugs be awkward, but they may actually get you in trouble (think sexual harassment).

Remember that if someone has made it clear that would prefer not to be hugged, respect their desires and opt out of hugging them. 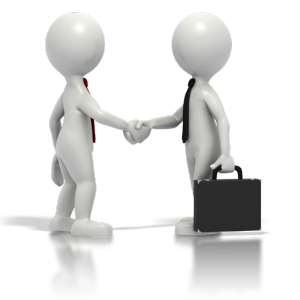 If you find yourself in the midst of an unwanted hugging session, you can attempt to break free (or at least keep some distance) in a non-hurtful way by keeping something between you and the hugger, suddenly realize a task that needs your immediate attention, drop your phone on the floor, or best of all, simply be direct and tell the co-worker you aren’t a hugger. The best route is to quickly address the matter and move on; just don’t drag out the situation and make it more awkward than it already is.

As a general rule of hugging: if you find yourself wondering whether or not giving that hug will be appropriate, don’t do it.

It’s better to be safe than sorry, especially when it comes to displays of affection at the office.  If someone misinterprets your innocent hug as something more, you could end up with some nasty sexual harassment charges. And no compulsive hugger wants that.

What is your company culture? Are you huggers or strictly hand-shakers? We’d love to hear!

currently there's 1 comment(s) Would you like to add your thoughts?